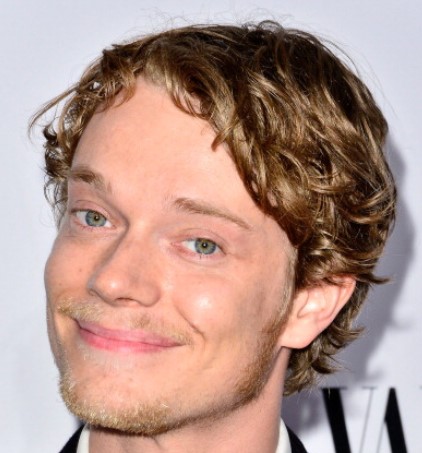 What is Alfie Allen's Net Worth?

Alfie Allen is an English actor who has a net worth of $6 million. Allen is best known for playing Theon Greyjoy on the HBO series “Game of Thrones” (2011–2019). During the show’s last two seasons, he earned a peak salary of $300,000 per episode. Alfie has more than 40 acting credits to his name, including the films “Atonement” (2007), “John Wick” (2014), and “Jojo Rabbit” (2019) and the television series “Harlots” (2019) and “White House Farm” (2020). He also hosted the 2017 History Channel documentary “Football: A Brief History by Alfie Allen.” In February 2022, it was announced that Allen would be making his Broadway debut in a Golden Theatre production of Martin McDonagh’s “Hangmen.”

Alfie and Lily made their television debuts in a 1988 episode of “The Comic Strip Presents” that their father wrote and starred in, and a decade later, the siblings appeared in the period drama “Elizabeth” (which their mother produced) and Alfie co-starred with Keith again in the TV movie “You Are Here.” Allen guest-starred on the Channel 4 series “Spaced” in 1999, then he appeared in the 2004 film “Agent Cody Banks 2: Destination London,” which was directed by his uncle, Kevin Allen. In 2005, he guest-starred on ITV’s “Jericho” and appeared in the miniseries ​”The Golden Hour” and the film “Stoned,” a biopic about Brian Jones of The Rolling Stones. Alfie appeared in the films “Sixty Six” (2006), “Flashbacks of a Fool” (2008), and “The Other Boleyn Girl” (2008), and he co-starred with James McAvoy and Keira Knightley in the 2007 war drama “Atonement.” He played Nobby Clark in the 2008 BBC One miniseries “Casualty 1907,” and that year he also starred as Alan Strang in a touring production of Peter Shaffer’s “Equus.” Allen appeared in 2009’s “Boogie Woogie,” 2010’s “Soulboy,” “The Kid,” and “Freestyle,” and 2011’s “Powder,” and after auditioning for the role of Jon Snow on “Game of Thrones” in 2011, he was cast as Theon Greyjoy instead. Based on a series of novels by George R. R. Martin, the series aired 73 episodes over eight seasons, and Alfie appeared in 47 episodes and earned a Primetime Emmy nomination for his performance. The 2019 series finale was viewed by more than 19 million people, making it the most-watched episode in HBO history.

Alfie dated model/DJ Allie Teilz from 2017 to 2019, and they welcomed daughter Arrow in October 2018. He previously dated actress Jaime Winstone, and the two became engaged in 2008. They called the engagement off in 2010, then reconciled in 2013 and ended the relationship again in 2014. Allen is a fan of Arsenal Football Club, and he attended Arsenal’s Youth Camp.

What is the net worth of Alfie Allen? What is his zodiac sign? Here is Alfie Allen in a nutshell:

Quotes that Inspire by Alfie Allen

Many are probably wondering about the foundation behind Alfie Allen's success and wealth. Below we have listed some of the actor's quotes that will get you in the mindset to pursue your financial success. 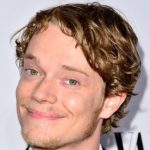 I'm so computer illiterate, I barely know how to send an e-mail. I mean, I have a laptop and Gmail, but I don't really look at it much.

Finn Jones, me and him hang out a lot.