What is Anna Kendrick's Net Worth?

Anna Kendrick Net Worth: Anna Kendrick is an American actress and singer who has a net worth of $20 million. Although Anna Kendrick started her career as a child actress in the theater world, today she is one of the most recognizable Hollywood actresses. Kendrick is an accomplished singer, and many of her films highlight her vocal talents. In addition, Anna Kendrick has worked as a voice actor on more than one occasion.

Early Life: Anna Cook Kendrick was born on August 9th of 1985 in Portland, Maine. Her mother worked as an accountant while her father taught history. She was raised alongside an older brother, Michael, who also became an actor. As a teen, Anna Kendrick attended Deering High School in Portland.

Quotes that Inspire by Anna Kendrick

Many are probably wondering about the foundation behind Anna Kendrick's success and wealth. Below we have listed some of the actor's quotes that will get you in the mindset to pursue your financial success.

For every person that says, 'I love your work, and my daughter thinks you're great, and we watch all your movies,' and is very kind, there are 10 more that are like, 'Who are you? What's your name? Are you on 'House of Cards'?' 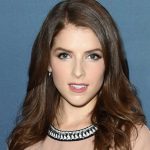 I'm a big fan of '30 Rock,' which I think is the most genius show on television.

It's almost better that Twitter limits me to 140 characters. There's only so much trouble I can get in.

I don't usually drink caffeine so that when I need it, it actually does something.

I'm a pretty big dork. It's crazy. I'm one of those people who grew up with all kinds of musicals, but I was right at that age where 'Rent' was a big deal for me and for my friends.