What is Cheryl Ladd's Net Worth?

Cheryl Ladd net worth: Cheryl Ladd is an American actress, singer and author who has a net worth of $10 million. Cheryl Ladd is probably most famous for playing the character Kris Munroe on the popular long running television series Charlie’s Angels. Ladd replaced the departing Farrah Fawcett in 1977, which was the second season of the TV show. Ladd continued to be a regular part of the cast until 1981 when the series was canceled. Her first husband was actor David Ladd, they have one daughter named Jordan. Cheryl has been married to music producer Bryan Russell since 1981. Ladd is involved with the non-profit group known as Childhelp. She is a celebrity ambassador for the child abuse prevention and treatment center.

What is the net worth of Cheryl Ladd? What is her zodiac sign? Here is Cheryl Ladd in a nutshell:

Quotes that Inspire by Cheryl Ladd

Many are probably wondering about the foundation behind Cheryl Ladd's success and wealth. Below we have listed some of the actor's quotes that will get you in the mindset to pursue your financial success.

I drew a line for myself. I never dated anyone that could hire me when I was first in Hollywood, and I think that kept me focused on what I was there to do and how I wanted to go about it. I took it a step at a time. 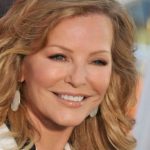 There were nine children in my father's family and eight in my mother's. My grandparents did the best with what they had. After the Depression, they were scratching out a living and working hard. They kept the family going.

The quality of films out there depends on how much responsibility we're willing to take. I try to play women who are positive and heroic.

I'm mourning with the rest of the world for the talented, gorgeous, funny, intelligent John Forsythe but my heart is broken for the loss of my dear, dear friend and neighbor. I will miss him terribly.

I always wanted to be tall, but I'm not, OK?