What is Dean Cain's Net Worth?

Dean Cain Net Worth: Dean Cain is an American actor who has a net worth of $6 million. Dean Cain was born July 31, 1966 in Mount Clemens, Michigan. He is most widely known for his role as Superman in the popular American television series Lois & Clark: The New Adventures of Superman (along with Teri Hatcher, who played Lois Lane). He grew up in Malibu and attended Santa Monica High School and his career plans favored professional football over acting. While at Princeton, he completed a history major, dated Brooke Shields for two years, and set an NCAA record for interceptions in a season. After signing with the Buffalo Bills, a knee injury ended his pro career before it began. Though he had already played a part in his father’s film The Stone Boy (1984), he went through the usual route of commercials and TV parts (notably, Beverly Hills, 90210 in 1990) before landing his breakthrough role as Superman/Clark Kent in the series Lois & Clark: The New Adventures of Superman (1993). Cain went on to produce and host Ripley’s Believe It or Not, which ran for four seasons on TBS and he guest-starred on several other television shows, including Frasier, Just Shoot Me and others. He also played in several made-for-TV movies, including a portrayal of convicted murderer Scott Peterson in the 2004 movie The Perfect Husband: The Laci Peterson Story for the USA Network. Cain was engaged to the late Mindy McCready (a country singer who tragically took her own life in 2013). In a 2013 interview with People magazine, Cain told People that McCready was deeply troubled even 15 years prior (during their engagement). He went on to say that it was McCready’s substance abuse and manipulation and lies that ultimately led to their breakup.

What is the net worth of Dean Cain? What is his zodiac sign? Here is Dean Cain in a nutshell:

Quotes that Inspire by Dean Cain

Many are probably wondering about the foundation behind Dean Cain's success and wealth. Below we have listed some of the Actor's quotes that will get you in the mindset to pursue your financial success.

I was a history major at Princeton University; I took exams in war and diplomacy, and I find those things very fascinating. 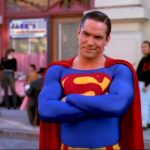 Any sort of bullying is a terrible thing, but I think online bullying is so much worse because it’s psychological bullying.

I grew up the son of a director and grew up on sets myself, so I was the kid getting dragged around from this set to that set and I loved it. There’s something about it which is really interesting.

When they write about real stuff like my custody battle, that’s no fun. Some things have leaked out about accusations that have gone back and forth and that’s just mean. It’s a tactic.

Acting with Denzel is like playing tennis with someone that’s better than you. You either play better tennis or get blown off the court.