What is Gary Oldman's Net Worth?

Gary Oldman Net Worth and Salary: Gary Oldman is an English actor, filmmaker, and musician who has a net worth of $40 million. Oldman is one of the most accomplished actors of the current generation, having won an Academy Award and a vast number of additional honors. As of 2020, his films have grossed over $11 billion, which makes him one of the most commercially successful actors in history.

Early Life: Gary Leonard Oldman was born on March 21st of 1958 in New Cross, London, England. At the age of seven, Gary’s alcoholic father abandoned the family. Raised alongside an older sister who also became an actor (Laila Morse), Oldman left school at the age of 16 to work in a sports shop. He was initially inspired to pursue a career in acting by Malcolm McDowell. As a boy from south London, Oldman supported his local club, Millwall. He later learned that his father had played for Millwall as a young man.

What is the net worth of Gary Oldman? What is his zodiac sign? Here is Gary Oldman in a nutshell:

Quotes that Inspire by Gary Oldman

Many are probably wondering about the foundation behind Gary Oldman's success and wealth. Below we have listed some of the actor's quotes that will get you in the mindset to pursue your financial success.

People imagine that actors are being offered everything and you are not. So things come in and sometimes there are things that I want and can't get a meeting on, or go to a different actors. 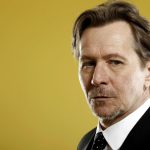 Reality TV to me is the museum of social decay.

And costume is so important for an actor. It absolutely helps to get into character; it's the closest thing to you, it touches you. Some actors like to go into make-up and then put their clothes on, but I like to dress first; that's my routine.

If one could have a wish, or an alternative life, I would've liked to have been John Lennon.

What other people think of me is none of my business.