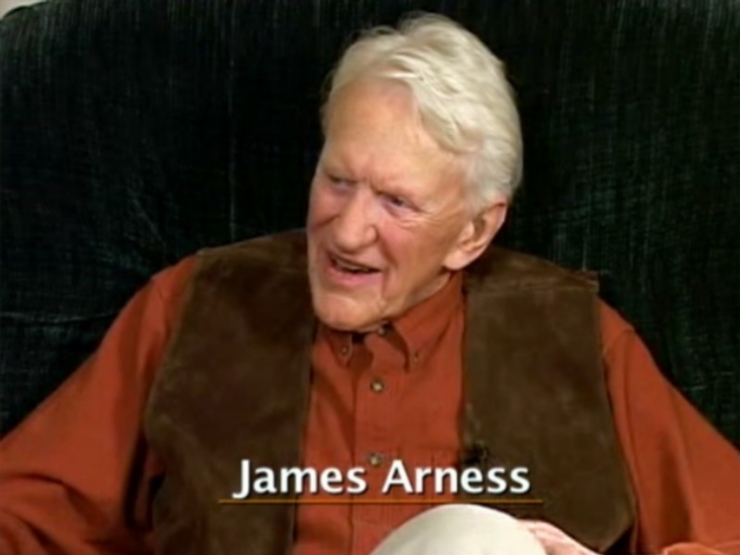 What is James Arness' Net Worth?

James Arness net worth: James Arness was an American actor who had a net worth of $8 million. James Arness was born in Minneapolis, Minnesota in May 1923 and passed away in June 2011. He was best known for starring as Matt Dillon in the television series Gunsmoke from 1955 to 1975. He also reprised the role in the 1987 film Gunsmoke: Return to Dodge and four other made for television movies in the 1990s. Arness starred as Zeb Macahan in the TV series How the West Was Won from 1976 to 1979. From 1981 to 1982 he starred as Det. Jim McClain in the series McClain’s Law. Arness starred in several other films including The Farmer’s Daughter, Iron Man, Hondo, The Sea Chase, The First Traveling Saleslady, and more. He was awarded a star on the Hollywood Walk of Fame in 1960 at 1751 Vine Street. He was also nominated for three Primetime Emmy Awards for Gunsmoke. James Arness passed away on June 3, 2011 at 88 years old. James was the older brother of Mission: Impossible actor Peter Graves.

What is the net worth of James Arness? What is his zodiac sign? Here is James Arness in a nutshell:

Quotes that Inspire by James Arness

Many are probably wondering about the foundation behind James Arness' success and wealth. Below we have listed some of the actor's quotes that will get you in the mindset to pursue your financial success.

What made us different from other westerns was the fact that 'Gunsmoke' wasn't just action and a lot of shooting; they were character-study shows. 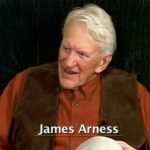 I've got a little arthritis that I have to deal with. I was 6 feet 7 when I started, and I've shrunk up a little bit. I'm probably 6-5 or so now. But up here at 82, I feel pretty good. I'm sticking in there.

I watch television all the time, mostly PBS and old movies like 'The Quiet Man,' my favorite Wayne movie. It's marvelous. I just loved the man and still do.

I was the tallest guy in the school, and I was very conscious of being larger than anybody - classmates and teachers.

I had the pleasure of knowing Ronald Reagan before he became Governor of California. He was a truly great human being and we usually spent our time together reminiscing about mutual friends.