What is Jane Seymour's Net Worth?

Jane Seymour net worth: Jane Seymour, OBE, is a British-American actress, philanthropist and entrepreneur who has a net worth of $60 million dollars. Jane Seymour is most widely recognized for her roles as a Bond girl in the James Bond film “Live and Let Die”, and the titular role in the popular drama “Dr. Quinn, Medicine Woman”.

Early Life: She was born Joyce Penelope Wilhelmina Frankenberg on February 15, 1951 in Uxbridge, Middlesex England (now a part of Greater London.) Her mother Mieke was a nurse and her father Benjamin John Frankenberg was a distinguished gynecologist and obstetrician. Her mother was a prisoner of war during World War II in Dutch East Indies, now present-day Indonesia.

What is the net worth of Jane Seymour? What is her zodiac sign? Here is Jane Seymour in a nutshell:

Quotes that Inspire by Jane Seymour

Many are probably wondering about the foundation behind Jane Seymour's success and wealth. Below we have listed some of the actor's quotes that will get you in the mindset to pursue your financial success.

Now that I've experienced ageism, I don't regard it as a bad thing. It's been a transition to something more exciting and maybe edgier. 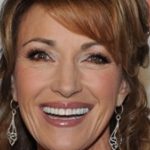 I had ordered long legs, but they never arrived. My eyes are weird too, one is gray and the other is green. I have a crooked smile and my nose looks like a ski slope. No, I would not win a Miss contest.

I think a lot of people get so obsessed with the wedding and the expense of the wedding that they miss out on what the real purpose is. It's not about a production number, it's about a meaningful moment between two people that's witnessed by people that they actually really know and care about.

Get over jet-lag quickly. I think a lot of people waste the first few days sleeping in the wrong time zone. Sometimes I take melatonin but at other times a glass of wine will do it.