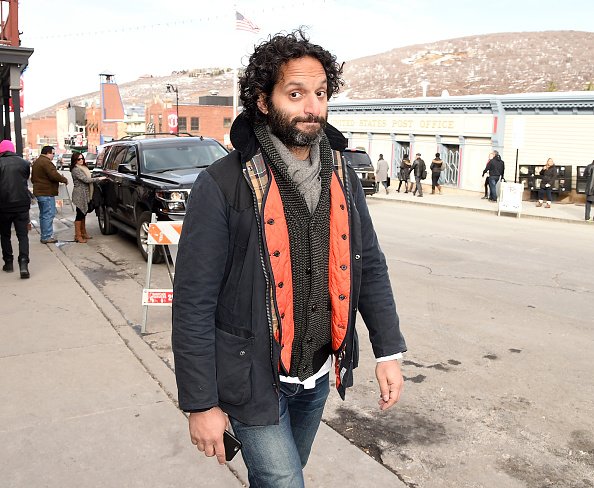 What is Jason Mantzoukas' Net Worth?

Jason Mantzoukas Net Worth and Salary: Jason Mantzoukas is an American writer, actor, producer, and comedian who has a net worth of $3 million. Mantzoukas is probably best known for playing Rafi on the FX series “The League” (2010–2015), and he has had recurring roles on several series created by Michael Schur, playing Dennis Feinstein on “Parks and Recreation” (2011–2015), Adrian Pimento on “Brooklyn Nine-Nine” (2016–2020), and Derek Hofstetler on “The Good Place” (2017–2020).

Career: Jason started writing comedy sketches for variety shows in high school, and in college, he was a member of the improv comedy group Otter Nonsense Players, which also included Jessica St. Clair, Rodney Rothman, and Dan O’Brien. He moved to New York City in 1998 and began performing at the Upright Citizens Brigade Theater, where he learned from his future “Parks and Recreation”/”Baby Mama”/”The House” co-star Amy Poehler and joined the improv team Mother. He formed the comedy duo The Mantzoukas Brothers with comedian Ed Herbstman, and “Time Out New York” named them “Best Improv Duo” in 2006. Jason and Jessica St. Clair often wrote and performed together, appearing in the improv show “First Date” and the sketch show “We Used to Go Out.” Mantzoukas later taught advanced improv classes at UCB, and he appeared on Comedy Central’s “Upright Citizens Brigade” series in 2000. He made his film debut in 2004’s “Terrorists,” then he appeared in the movies “American Loser” (2007), “Baby Mama” (2008), “I Hate Valentine’s Day” (2009), and “Splinterheads” (2009), guest-starred on “Human Giant” (2007), and did voice acting on “Squidbillies” (2008) and “The Life & Times of Tim” (2010–2012).

Personal Life: Jason dated actress Connie Britton in 2009; the two co-starred as husband and wife in the film “Conception,” which was released in 2011. Mantzoukas has lived with an egg allergy since birth and will suffer from anaphylaxis if he ingests them. While filming “The League” in Las Vegas, he ended up in the hospital after eating granola from Starbucks that, unbeknownst to him, had egg whites in it. Jason said of the experience, “It really did alter how I do things. I started controlling more and more how and where I got my food — when I’m on a job specifically. I really try to limit whatever I’m eating so there are more checks and balances so I don’t get burned. It’s become enough of a headache that I need to be more vigilant and in control when I’m working.”

Quotes that Inspire by Jason Mantzoukas

Many are probably wondering about the foundation behind Jason Mantzoukas' success and wealth. Below we have listed some of the actor's quotes that will get you in the mindset to pursue your financial success.

Having a giant beard really distracts people from noticing you're barely keeping it together emotionally. 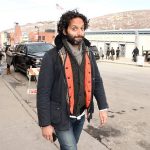 People know my background and for people who need an improviser, I'm one of the people they think to use if I'm appropriate for the part.

There are girls who find the giant beard 'gross' and 'creepy.' I know because they tell me.

I was in band that played mostly covers for a while, and the bands that we would cover were, like, the alternative rock bands of that day: we did a Jane's Addiction song and a Faith No More song. All the kind of alternative radio of that time, the late '80s, basically.

I completely understand social media as a method of promotion and digesting information, but it just seems like a colossal waste of time to me, and there's a million other ways I'd rather waste my time.