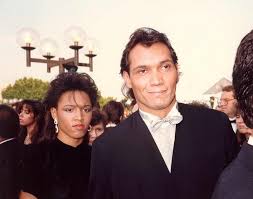 What is Jimmy Smits' Net Worth?

Jimmy Smits Net Worth and Salary: Jimmy Smits is an American actor who has a net worth of $15 million. Over the course of his career, Jimmy Smits has gained a reputation for playing lawyers, detectives, and similar characters in a number of different series and films. These include “L.A. Law,” “NYPD Blue,” and “The West Wing.” Outside his law-related roles, Jimmy is known for appearing in films like “Switch” and “My Family.”

Early Life: Jimmy L. Smits was born on July 9th of 1955 in Brooklyn, New York. Smits father was from Suriname, while his mother was Puerto Rican. Raised alongside two sisters in a working-class neighborhood, Jimmy grew up in a devout Roman Catholic household. Through his mother, Smits has strong Puerto Rican and identifies as Puerto Rican.

What is the net worth of Jimmy Smits? What is his zodiac sign? Here is Jimmy Smits in a nutshell:

Quotes that Inspire by Jimmy Smits

Many are probably wondering about the foundation behind Jimmy Smits' success and wealth. Below we have listed some of the actor's quotes that will get you in the mindset to pursue your financial success.

What happens to George Clooney and Bruce Willis is great, but I can't gauge my career by anyone else's. 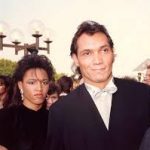 My career aspirations as an actor have always been driven foremost by the creative desire to be versatile.

There's a lot of successful procedural shows that are out there. A lot of them are very successful. I just know there's an audience out there that wants character also.

As an actor, you think to yourself, 'I want to do good work,' but you also want the work that you do to make an impact in some way.

You can't get so serious as to not realize that what we do is entertainment, but when you have the chance to provoke thought or advance discussion on a topic, it's just the icing on the cake.