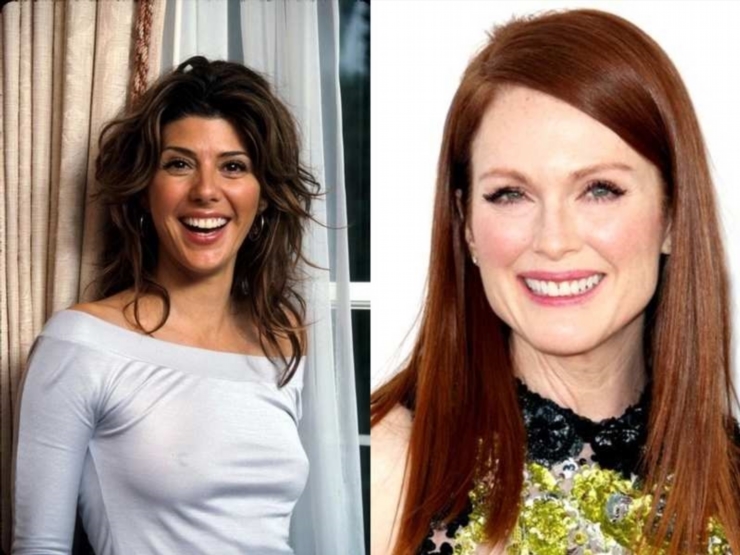 What is Julianne Moore's Net Worth?

Julianne Moore Net Worth: Julianne Moore is an American-British actress who has a net worth of $50 million. Julianne Moore was born December 3, 1960 in Fort Bragg, North Carolina. She came into prominence in the early ’90s and is especially known for her portrayals of emotionally troubled women. After studying theatre at Boston University, Moore began her career with a series of television roles. Between 1985 and 1988, she was a regular in the soap opera As the World Turns, where she earned a Daytime Emmy. Throughout the ’90s she played many supporting roles, including her breakthrough role in Robert Altman’s Short Cuts (1993), followed by critically acclaimed performances in Vanya on 42nd Street (1994) and Safe (1995). Starring roles in the blockbusters Nine Months (1995) and The Lost World: Jurassic Park (1997) established her as a leading Hollywood actress. Moore received Oscar nominations for Boogie Nights (1997), The End of the Affair (1999), Far from Heaven (2002) and The Hours (2002). Other notable film appearances include The Big Lebowski (1998), Magnolia (1999), Hannibal (2001) and Children of Men (2006). She continued to work steadily in the 2010s, receiving praise for her performances in The Kids Are All Right (2010), the television film Game Change (2012), in which she portrayed Sarah Palin and received the Emmy Award, Golden Globe Award and Screen Actors Guild Award for Best Actress. She also starred in Maps to the Stars (2014) for which she won the Best Actress award at the Cannes Film Festival. In addition to acting, Moore has written a successful series of children’s books. She is married to the director Bart Freundlich, with whom she has two children.

Quotes that Inspire by Julianne Moore

Many are probably wondering about the foundation behind Julianne Moore's success and wealth. Below we have listed some of the actor's quotes that will get you in the mindset to pursue your financial success.

I think that one of the things that you do learn is that falling in love and being in love with someone is a rarity. That you don't fall in love as many times as you think you're going to. And then when you do, it's really special; it's really important.

I'm looking for the truth. The audience doesn't come to see you, they come to see themselves.

Actually I did, because I saw the film like everyone else, ten years ago and I remembered some of it. I just wanted to see it, to kind of remember the tone a little bit.

If you're 50, you're never going to be 50 ever again, so enjoy being 50. If you sit through the year wishing you were younger, before you know it, it's going to be over, and you're going to be 51.