What is Kim Cattrall's Net Worth?

Kim Cattrall is an English-Canadian actress who has a net worth of $40 million. She is best known for her role as Samantha Jones on HBO’s “Sex and the City” but has enjoyed a multi-decade film and television career, particularly in the 1980s. Some of her notable film roles include 1984’s “Police Academy,” 1986’s “Big Trouble in Little China,” 1987’s “Mannequin” and 1991’s “Star Trek VI: The Undiscovered Country.”

In New York, Cattrall attended the American Academy of Dramatic Arts. Upon her graduation, she signed a five-year film deal with director Otto Preminger. Her first movie role came in the 1975 action thriller film “Rosebud” before her contract was bought out by Universal Studios.

Kim Cattrall has been married three times and has no children. Her first marriage was to Larry Davis from 1977-1979. Her second marriage was from 1982-1989 to Andre J. Lyson. The former couple lived in Frankfurt where Kim learned to speak German fluently. She wrote a book about her sex life with her third husband, audio designer and jazz bassist Mark Levinson, called “Satisfaction: The Art of the Female Orgasm”. They were married from 1998-2004. Cattrall briefly dated former Canadian Prime Minister Pierre Trudeau.

What is the net worth of Kim Cattrall? What is her zodiac sign? Here is Kim Cattrall in a nutshell:

Quotes that Inspire by Kim Cattrall

Many are probably wondering about the foundation behind Kim Cattrall's success and wealth. Below we have listed some of the actor's quotes that will get you in the mindset to pursue your financial success.

The roles for women in theatre are much better than they are in film. 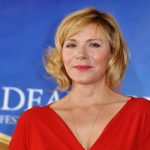 I was a bit odd as a kid, because there were so little outlets for me. There was no theatre except for the odd community theatre and school shows. The only movie theatre was at the Canadian Forces Base nearby in Comox, so it either showed kiddie flicks for the families and restricted stuff for the men.

I'm a good businessman. I pay my bills. Growing up in a situation where everything counted helps.

I feel so much at home onstage and so comfortable in my body.