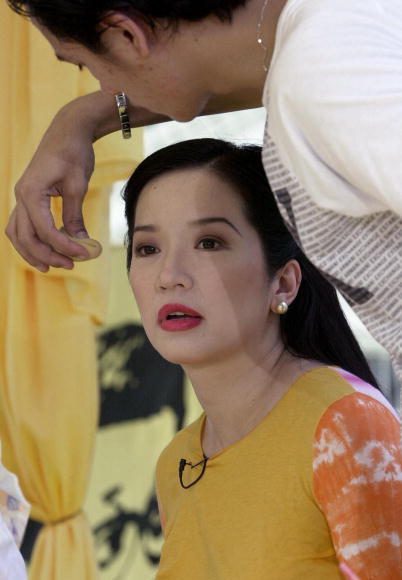 What is Kris Aquino's Net Worth?

Kris Aquino net worth: Kris Aquino is a Filipino talk show host, actress, writer, producer, and entrepreneur who has a net worth of $10 million. Kris Aquino was born in Manila, Philippines in February 1971. She has been called the “Queen of All Media” and has hosted several talk shows and game shows. Kris is the youngest daughter of the former President of the Philippines Corazon Cojuangco-Acquino and former Philippine senator Benigno S. Aquino, Jr. Her brother Benigno S. Aquino, III also served as President of the Philippines. Aquino has starred in several films including Pido Diba: Sabay Tayo, Feng Shui, So… Happy Together, and Sukob. She founded the production company Kris Aquino Productions in 2013. Aquino won Golden Screen Awards for Outstanding Lifestyle Program Host for Kris TV in 2013 and 2014. She was married to professional basketball player James Yap from 2005 to 2012 and has one child with him and another with Philip Salvador.

What is the net worth of Kris Aquino? What is her zodiac sign? Here is Kris Aquino in a nutshell: