What is Kristen Stewart's Net Worth?

Kristen Stewart Net Worth and Salary: Kristen Stewart is an American actress and director who has a net worth of $70 million. Kristen Stewart’s career has spanned early work as a child actor through becoming one of the biggest movie stars in the world in the Twilight series of films, then going on to favor roles in smaller, independent films as well as the occasional studio blockbuster. Her biggest payday was probably the $25 million (plus an impressive 7.5 percent of the gross) she made for both parts of The Twilight Saga: Breaking Dawn, released in consecutive Novembers in 2011 and 2012.

Early Life: Kristen Stewart was born on April 9th, 1990 in Los Angeles, California, to John Stewart and Jules Mann-Stewart, both of whom work in show business themselves (he as a TV producer and stage manager, she as a script supervisor and director).

Quotes that Inspire by Kristen Stewart

Many are probably wondering about the foundation behind Kristen Stewart's success and wealth. Below we have listed some of the actor's quotes that will get you in the mindset to pursue your financial success.

Even while starting out I took things very seriously; I wasn't the sort of kid that would do a doll commercial or do a series for Nickelodeon. They asked me to do silly things, and I wasn't a silly kid. 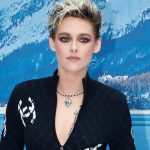 I am quite shy and people think I'm aloof.

It took me a long time to realise that I was a girl as a teenager. At that point I never really believed it. I looked like a boy for a long time. Now, finally, I feel like a woman.

Success is always something completely different to people. I feel like I've succeeded, if I'm doing something that makes me happy and I'm not lying to anybody.

My best friend just had a baby, and she's my age. So I'm a godmom now, which is crazy.