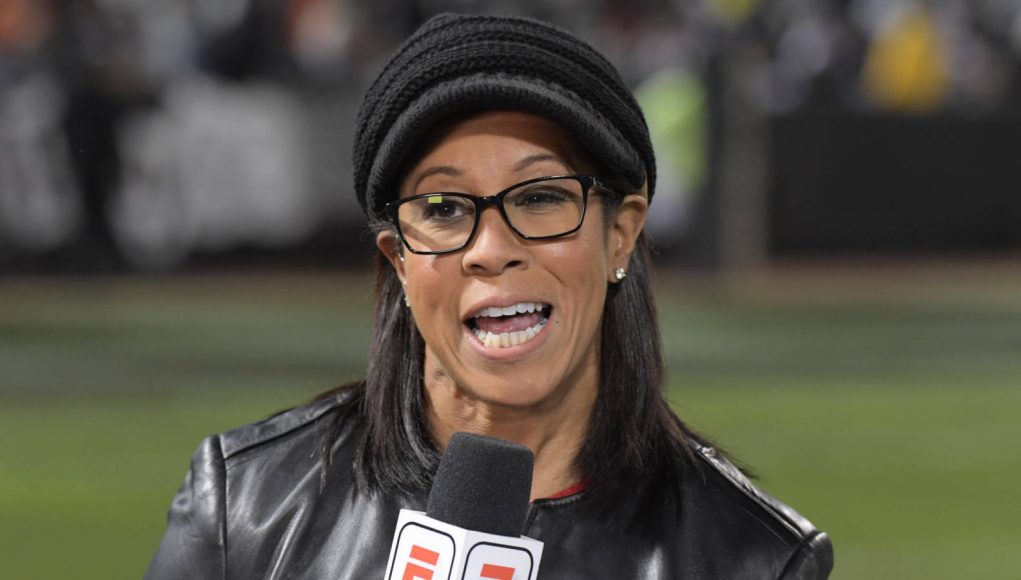 What is Lisa Salters' Net Worth?

Lisa Salters Net Worth: Lisa Salters is an American journalist and former collegiate women’s basketball player who has a net worth of $2 million. Lisa Salters was born in King of Prussia, Pennsylvania in March 1966. She graduated from Penn State University and was the shortest player in school history at 5’2″ as a guard. Salters joined ESPN in 2000 as a general assignment reporter. Currently Salters is the sideline reporter for Monday Night Football and for ESPN’s coverage of the NBA on ABC. She began as a consultant for the ESPN show E:60 in 2007. Her story “Ray of Hope” got her nominated for a Sports Emmy Awards in 2008. She is also a frequent reporter for ESPN’s Outside the Lines. Before working at ESPN she was a correspondent for ABC News and worked on World News Tonight with Peter Jennings. During her time with ABC Lisa covered the Oklahoma City bombing trials, the crash of TWA Flight 800, the O.J. Simpson trials, and the Matthew Shepard murder. Before working for ABC she worked as a reporter for WBAL-TV. She has covered the Middle East prior to the Iraq War, the 2002 FIFA World Cup, and the 2006 Winter Olympics.

What is the net worth of Lisa Salters? What is her zodiac sign? Here is Lisa Salters in a nutshell: