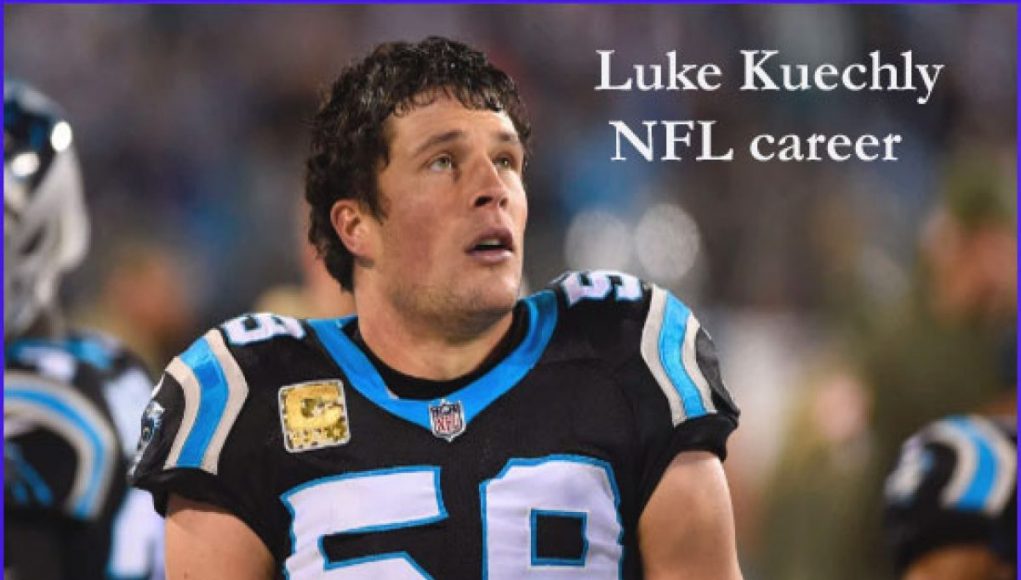 What is Luke Kuechly's Net Worth?

Luke Kuechly net worth: Luke Kuechly is an American professional football player who has a net worth of $25 million. Luke Kuechly was born in Cincinnati, Ohio in April 1991. He is a middle linebacker who played at St. Xavier High School. Kuechly played his college football at Boston College where he won the ACC Defensive Player of the Year, Bronko Nagurski Trophy, Butkus Award, Lombardi Award, and Lott Trophy in 2011 and was a two time consensus All-American and three time first-team All-ACC selection. Luke Kuechly was drafted #9 overall by the Carolina Panthers in the 2012 NFL Draft. He was the NFL Defensive Rookie of the Year in 2012 and the NFL Defensive Player of the Year in 2013. Kuechly is a three time Butkus Award winner as a pro and won the Art Rooney Award in 2017. He made the Pro Bowl six times in a row starting in 2013 and is a five time first-team All-Pro selection. In 2012 he signed a four year deal for $12.58 million and in 2015 he signed a five year extension that brought his total career earnings between 2015 and 2020 to $63 million.

What is the net worth of Luke Kuechly? What is his zodiac sign? Here is Luke Kuechly in a nutshell: