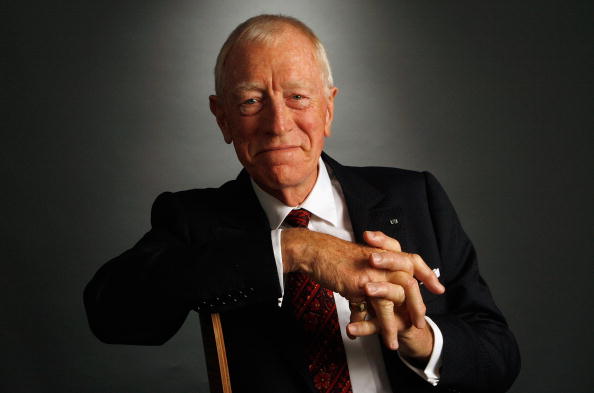 What is Max von Sydow's Net Worth?

Max von Sydow was a Swedish-French actor who had a net worth of $16 million at the time of his death. Max von Sydow died on March 8, 2020 at the age of 90 at his home in France. Max von Sydow’s career spanned 70 years in film, television, and theatre. He rose to international fame in 1957 for his role in Ingmar Bergman’s “The Seventh Seal,” and went on to appear in numerous of Bergman’s later films. Among von Sydow’s many other notable credits are the films “The Exorcist,” “Pelle the Conqueror,” “Flash Gordon,” and “Hannah and Her Sisters,” and the television series “Game of Thrones.”

Von Sydow made his feature film debut in 1949, appearing in a supporting role in Alf Sjöberg’s drama “Only a Mother.” He reunited with Sjöberg two years later for a big-screen adaptation of August Strindberg’s “Miss Julie.” The same year, von Sydow joined the Norrköping-Linköping Municipal Theatre, appearing in nine plays. He then moved on to Hälsingborg’s City Theatre in 1953, where he played such roles as Prospero in “The Tempest” and Pirandello in “Henry IV.” In recognition of his achievements, von Sydow was honored with the Royal Foundation of Sweden’s Cultural Award.

In 1951, von Sydow wed actress Christina Inga Britta Olin. Together, they had two sons named Clas and Henrik; they later divorced in 1979. Almost two decades later, in 1997, von Sydow married French filmmaker Catherine Brelet, and adopted her two adult sons Yvan and Cédric. Following this marriage, he relocated to Paris, and became a French citizen while ceding his Swedish citizenship.

Many are probably wondering about the foundation behind Max von Sydow's success and wealth. Below we have listed some of the actor's quotes that will get you in the mindset to pursue your financial success.

Nobody told me there was any idea for a sequel to 'The Exorcist.' But my agent called me to tell me they were going to do it, and there was a part for me. I said, 'But I died in the first film.' 'Well,' he told me, 'this is from the early days of Father Merrin's life.' I told him I just didn't want to do it again. 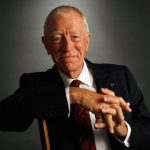 My parents were brought up in families which believed theatre people weren't to be trusted. But they were nice people.

I've never been in a barroom brawl in my life. I just don't do such things.

The more I had to act like a saint, the more I felt like being a sinner.