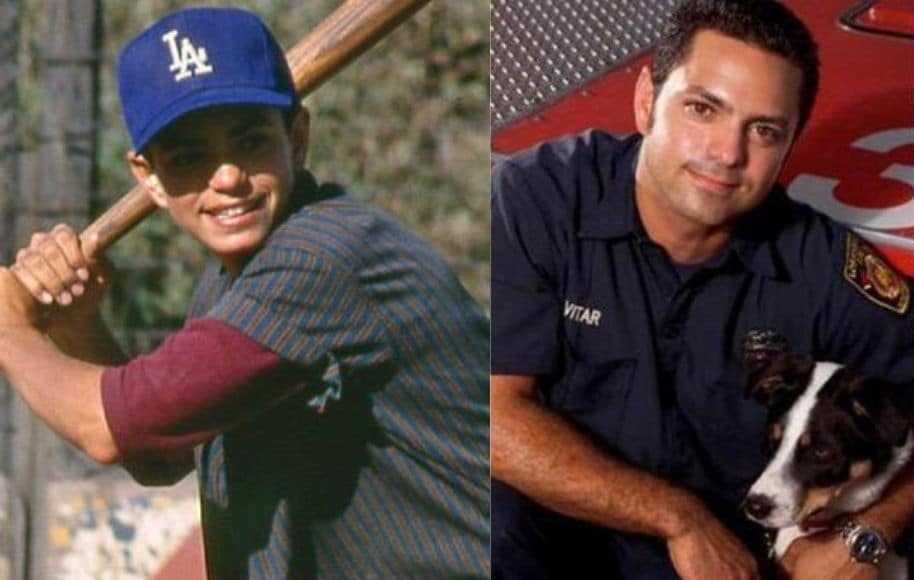 What is Mike Vitar's Net Worth?

Mike Vitar Net Worth: Mike Vitar is an American actor who has a net worth of $300 thousand dollars. Mike Vitar was born in Los Angeles, California in December 1978. Mike started acting at 12 years old when he was spotted in line at a school carnival. His debut acting roles came in 1991 in the film Diplomatic Immunity and the TV series Brooklyn Bridge. In 1993 he appeared in the movie Sunset Grill and starred as Benjamin Franklin Rodriguez in the movie The Sandlot Kids. In 1994 Vitar starred as Luis Mendoza in the movie D2: The Mighty Ducks. He reprised the role of Luis for D3: The Mighty Ducks in 1996. Vitar also appeared in episodes of NYPD Blue and Chicago Hope and his last role came in 1997. For his role in The Sandlot Vitar won a Young Artist Award for Outstanding Youth Ensemble in a Motion Picture in 1994. Mike worked for Gerber Ambulance in 1996 and became a firefighter for the Los Angeles Fire Department in 2002. His older brother Pablo also starred in The Sandlot playing Mike’s older brother. Mike married his wife Kym in 2006 and the couple has two sons and a daughter together.

What is the net worth of Mike Vitar? What is his zodiac sign? Here is Mike Vitar in a nutshell: