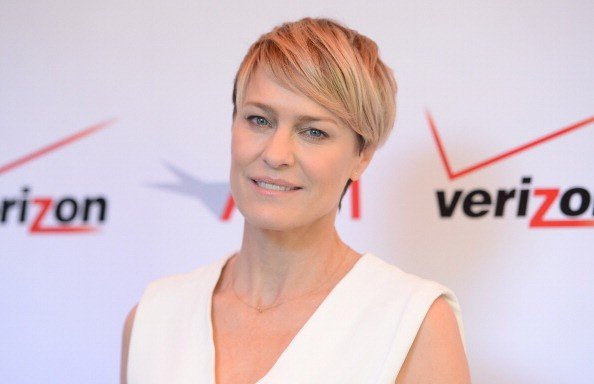 What is Robin Wright's Net Worth?

Robin Wright is an American actress who has a net worth of $65 million dollars. Robin first garnered recognition for her role on the daytime soap opera “Santa Barbara.” On the big screen, she has drawn acclaim for her performances in films such as “The Princess Bride,” “Forrest Gump,” “Unbreakable,” and “Nine Lives.” Wright also starred on the Netflix political drama “House of Cards,” for which she won a Golden Globe Award for Best Actress.

Robin Wright was born in 1966 in Dallas, Texas. Her mother, Gayle, was a cosmetics saleswoman, while her father, Freddie, worked at a pharmaceutical company. Wright was brought up in San Diego, California, where she attended La Jolla High School. Later, she went to Taft High School in the Woodland Hills area of Los Angeles.

In 1986, Wright wed actor Dane Witherspoon, whom she had met earlier on the set of “Santa Barbara.” The two divorced in 1988. The next year, Wright started seeing actor Sean Penn, who had just divorced Madonna. Wright and Penn married in 1991, and subsequently had a daughter, Dylan Frances, and a son, Hopper Jack. However, their relationship was on and off, and a divorce was finalized in 2010. In 2012, Wright began dating actor Ben Foster; although they were engaged twice, they never wed. Later, in 2018, Wright was betrothed to Saint Laurent executive Clément Giraudet.

What is the net worth of Robin Wright? What is her zodiac sign? Here is Robin Wright in a nutshell:

Quotes that Inspire by Robin Wright

Many are probably wondering about the foundation behind Robin Wright's success and wealth. Below we have listed some of the actor's quotes that will get you in the mindset to pursue your financial success.

I'm really trying to be in the now - that's so spiritual and stuff. It's just so much more pleasant and sane. 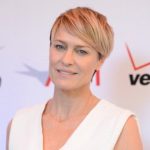 I turned down a lot of things that were so-called commercial. You're coming out of one film, and then they want you to be in the same one.

My son graduated high school and went to Haiti to work for his dad's organization and then extended his stay. It's incredible what he's doing.

I'd rather do 'She's So Lovely' that John Cassavetes wrote versus doing 'Batman.'

You're never going to be able to delve into the character traits of a Michelle Obama or Hillary Clinton.