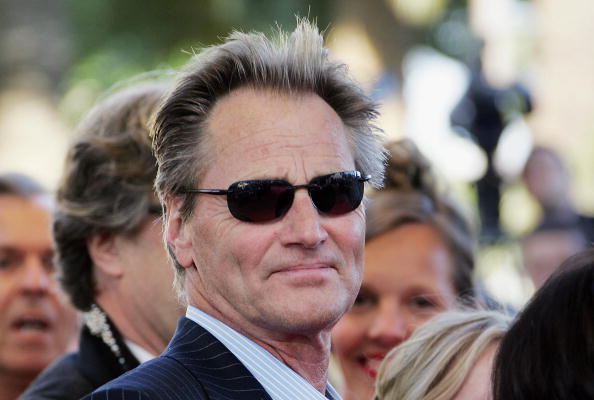 What is Sam Shepard's Net Worth?

Sam Shepard was an American actor, playwright, and director who had a net worth of $10 million at the time of his death in 2017. Shepard earned an Academy Award nomination for his performance as Chuck Yeager in the 1983 film “The Right Stuff,” and he received Tony nominations for Best Play for “Buried Child” (1996) and “True West” (2000). He also earned three Pulitzer Prize nominations for Drama, winning for “Buried Child” in 1979; his other nominations were for “True West” (1983) and “Fool for Love” (1984). Sam wrote 58 plays, two novels (2017’s “The One Inside” and “Spy of the First Person”), and several collections of essays and short stories.

In 1963, Sam moved to New York City and worked as a busboy at the Greenwich Village nightclub the Village Gate. The club’s head waiter, Ralph Cook, founded Theater Genesis, an experimental stage company, at St. Mark’s Church in-the-Bowery in 1964, and Shepard’s one-act plays “Cowboys” and “The Rock Garden” premiered in October of that year. In 1965, La MaMa Experimental Theatre Club produced the one-act plays “The Rocking Chair” and “Dog,” followed by “Melodrama Play” in 1967, “The Unseen Hand” in 1969, and “Shaved Splits” in 1970. A 1981 La MaMa production of “The Unseen Hand” later transferred to Manhattan’s Provincetown Playhouse, where it ran for more than 100 performances. Between 1966 and 1968, Sam won six Obie Awards, and in 1968, he made his screenwriting debut with “Me and My Brother.” In 1971, he collaborated on the play “Cowboy Mouth” with musician Patti Smith (his then-lover), and not long after, he moved to London with his wife and son. There, Shepard studied G.I. Gurdjieff’s Fourth Way, and after returning to the U.S. in 1975, he moved to the Flying Y Ranch in Mill Valley, California, and spent a semester working as a Regents’ Professor of Drama at the of California, Davis.

Sam married actress O-Lan Jones on November 9, 1969, and their divorce was finalized on the same date in 1984. They welcomed a son, Jesse Mojo, in May 1970. Around this time, Shepard had an affair with musician Patti Smith. He also had an affair with Joni Mitchell, who wrote two songs about him; “Coyote” includes the line “He’s got a woman at home, another woman down the hall, but he seems to want me anyway.” In 1983, Sam moved in with his “Frances” co-star Jessica Lange, and they had two children, daughter Hannah (born January 13, 1986) and son Samuel (born June 14, 1987), before splitting up in 2009 after 27 years together. Shepard dated actress Mia Kirshner from 2014 to 2015. In January 2009, he was charged with drunk driving and speeding after being arrested in Normal, Illinois. He pleaded guilty the following month and received a sentence of 24 months probation and 100 hours of community service. He was also ordered to attend alcohol education classes. Sam was arrested again in May 2015 for aggravated drunk driving, but the charges were dismissed.

What is the net worth of Sam Shepard? What is his zodiac sign? Here is Sam Shepard in a nutshell:

Quotes that Inspire by Sam Shepard

Many are probably wondering about the foundation behind Sam Shepard's success and wealth. Below we have listed some of the actor's quotes that will get you in the mindset to pursue your financial success.

There is this aura that the three-act play is the important one: it's the one that you do to win the Pulitzer. Some part of you falls for that, and then after a while, you don't fall for that. 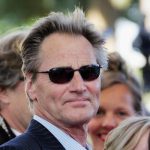 When I first started, I didn't really know how to structure a play.

Why would you want to be be counseled in your grief? It's too private.

I feel like I've never had a home, you know? I feel related to the country, to this country, and yet I don't know exactly where I fit in... There's always this kind of nostalgia for a place, a place where you can reckon with yourself.

Democracy's a very fragile thing. You have to take care of democracy. As soon as you stop being responsible to it and allow it to turn into scare tactics, it's no longer democracy, is it? It's something else. It may be an inch away from totalitarianism.