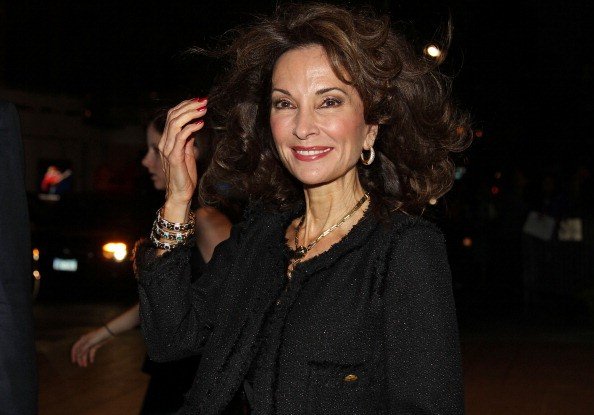 What is Susan Lucci's Net Worth?

Susan Lucci Net Worth and Salary: Susan Lucci is an American actress, television host, entrepreneur, and author who has a net worth of $80 million. Lucci, who was dubbed “Daytime’s Leading Lady” by “TV Guide,” built her net worth on the soap opera “All My Children,” on which she starred from 1970 to 2011. Susan’s performance as Erica Kane earned her 21 Daytime Emmy nominations, and she finally won the award in 1999.

Career: In 1969, Susan auditioned for the new ABC soap opera “All My Children” and was cast in the role that “TV Guide” called “the most famous soap opera character in the history of daytime TV”: Erica Kane. When the show began, Erica was a 15-year-old high school student, and by the time the series ended in 2011, she had married 10 times and had three children. Lucci was nominated for her first Daytime Emmy for Outstanding Lead Actress in a Drama Series in 1978 but didn’t win until her 19th nomination. Susan’s performance on the show led to a “Saturday Night Live” hosting gig in 1990, and Mattel produced Erica Kane dolls in 1998 and 1999. Lucci spent 41 years playing Erica Kane, and the role earned her more than 30 award nominations.

Personal Life: Susan married Austrian chef Helmut Huber on September 13, 1969, and they welcomed daughter Liza in 1975 and son Andreas in 1980; Liza followed in her mother’s footsteps and became a soap opera actress, joining the cast of NBC’s “Passions” in 1999. Lucci is passionate about LGBT rights and participated in the Broadway Sings for Pride charity event in 2019. In the fall of 2018, Susan was shopping at a boutique when she felt intense pressure in her chest; the store’s manager drove her to the hospital, where Lucci discovered that two of her cardiac arteries were blocked. She had emergency surgery that night and had two arterial stints placed in her heart.

What is the net worth of Susan Lucci? What is her zodiac sign? Here is Susan Lucci in a nutshell:

Quotes that Inspire by Susan Lucci

Many are probably wondering about the foundation behind Susan Lucci's success and wealth. Below we have listed some of the actor's quotes that will get you in the mindset to pursue your financial success.

I use Neutrogena makeup off wipes to take the first layer of makeup off. 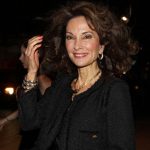 I grew up loving Broadway musicals. I'd put on my parents' cast albums and stand on the stool and sing in the mirror.

I was nominated for a Daytime Emmy Award 19 times before I won. The first nine years, I heard someone else's name called; after that - I think it was a protective thing - I didn't hear whose name was called, but nobody was making eye contact with me, so I knew that it wasn't mine.

I am the luckiest actress on the planet.

You know what my greatest personal stumbling block is? My shyness.