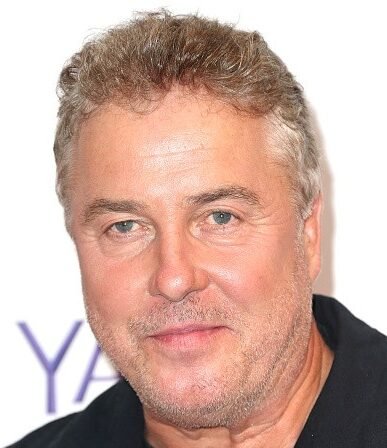 What is William Petersen's Net Worth?

William Petersen Net Worth and Salary: William Petersen is an American actor and producer who has a net worth of $40 million. Petersen is best-known for starring as Gil Grissom on the CBS series “CSI: Crime Scene Investigation.” He was a series regular from 2000 to 2010, then came back as a guest star during the show’s last few seasons. At the peak of the series, William earned $600,000 per episode. That worked out to around $18 million for the season, which made him one of the highest-paid actors in Hollywood. Petersen has 35+ acting credits to his name, including the films “Manhunter” (1986), “Fear” (1996), and “Seeking a Friend for the End of the World” (2012) and the miniseries “Return to Lonesome Dove” (1993). William has served as a producer on “CSI,” the 1991 feature film “Hard Promises,” and the 1992 TV movie “Keep the Change.”

Career: William made his big screen debut in the 1981 film “Thief,” then played a Secret Service agent in 1985’s “To Live and Die in L.A.” In 1986, he starred as FBI agent Will Graham in “Manhunter,” the first film to feature Hannibal Lecter. That year he also guest-starred on “The Twilight Zone,” his first television role. Petersen turned down roles in “Platoon” and “Goodfellas,” then portrayed Joseph P. Kennedy in the award-winning 1990 miniseries “The Kennedys of Massachusetts.” He would later play John F. Kennedy in the 1998 television film “The Rat Pack.” Around this time, William also appeared in 1989’s “Cousins” and 1990’s “Young Guns II.” In 1993, he played Gideon Walker in the miniseries “Return to Lonesome Dove,” and he co-starred with Reese Witherspoon and Mark Wahlberg in the 1996 film “Fear.” Petersen had an uncredited role as a mobster in “Mulholland Falls” (1996) and played Juror #12 in the television film “12 Angry Men” (1997).

Personal Life: William married Joanne Brady in 1974, and they had a daughter, Maite (born in 1975) before divorcing in 1981. Petersen wed Gina Cirone on June 14, 2003, and they welcomed twins, a son and daughter, via surrogate on July 5, 2011. William is a fan of the Chicago Cubs and has sung “Take Me Out to the Ball Game” at several of their games at Wrigley Field; he also narrated the 2001 documentary “Wrigley Field: Beyond the Ivy.” In 2001, he testified before the U.S. Senate Judiciary Committee in support of the Paul Coverdell National Forensic Sciences Improvement Act.

Quotes that Inspire by William Petersen

Many are probably wondering about the foundation behind William Petersen's success and wealth. Below we have listed some of the actor's quotes that will get you in the mindset to pursue your financial success.

Sure, I always chose rebels to identify with - I still do - but to me a rebel isn't so much someone who breaks the law as someone who goes against the odds. 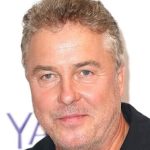 Corporate Hollywood thinks I'm a geek to go back and do theater. They don't understand why I don't want to be a movie star, why I'm not pursuing Mel Gibson's roles.

I've been telling anybody who would listen that I wanted to do a series for the last 10 years. But I wouldn't do it if I was just another cop pushing bad guys up against the wall.

I've never been in this business for the recognition or the awards. I just want to do good work, grab a decent paycheck, and move onto the next job.